Muskallonge Lake State Park in the Upper Peninsula of Michigan is a destination for rockhounding for agates, fishing and ORV camping.

Muskallonge Lake State Park is a 217-acre park in northern Luce County in the Upper Peninsula of Michigan. Located in one of the least populated counties in the state, it is well-known for being a secluded retreat from urban life. Positioned between Muskallonge Lake and Lake Superior, the park straddles two very different bodies of water. Lake Superior is famed for its vast size and depth, cold temperature, rocky shoreline and at times fierce dramatic waves. While Muskallonge Lake offers a stark contrast being shallow, calmer and warmer in the summer months. Being conveniently situated between these two lakes and near other regional attractions, the park provides visitors with access to a wide range of landscapes and activities.

Muskallonge Lake State Park is located at the former site of Deer Park, a lumbering town in the 1880s and prior to this had a long history of being a Native American encampment. Pine logs were brought to the area by railroad and Muskallonge Lake was used as a mill pond. Around 1900 the mill was closed and eventually in the 1950s the state park was established. There are still a few features visible that harken back to its history including piles of sawdust, submerged logs, dock pilings and the remains of the rail bed. A Coast Guard Life Saving Station was also once located here near the turn of the 20th century.

The campground has 159 sites and features electrical hookup, modern restrooms, sanitation station, playground, picnic area, and a boat ramp on Muskallonge Lake. Reservations can be made on the Michigan State Park & Harbor Reservations website.

Muskallonge Lake State Park is a paradise for outdoor enthusiasts

Muskallonge Lake State Park offers access to miles of Lake Superior shoreline. The shoreline is generally rocky with small smoothed stones and interspersed with sandier areas. Slightly inland, there are low bluffs and small grass-covered dunes. A portion of the North Country National Scenic Trail (NCNST), a congressionally recognized trail stretching for 4,600 miles from New York to North Dakota, runs through the park. Wildlife viewing is very popular during hikes. Numerous birds, especially during the migratory seasons, and whitetail deer are common and, though rare, it is also possible to see a moose or bear.

Muskallonge Lake State Park is a destination for rock collectors and attracts rockhounds looking for agates from around the globe. In addition to agates, popular unique regional stones to look for include “Yooperlites” which are sodalite-rich syenite and fluorescent under ultraviolet light and pudding stones which are conglomerates composed of quartz, red jasper, black chert and more. The park was formerly the site of the popular “Rock On! With Lake Superior Agates” event. This event, which draws thousands of visitors each year, has recently been moved to Grand Marais and usually occurs on the weekend after Labor Day.

Though there are no hunting opportunities directly within the park, duck and goose hunting are allowed on the lakes. The surrounding area is popular for small game and deer hunting.

Popular water sports to enjoy on both lakes are kayaking, canoeing, stand-up-paddle-boarding and boating. Because Muskallonge Lake is relatively shallow, in the summer it is a great place for a comfortable swim. Lake Superior offers a stark contrast with much cooler waters. Visitors enjoy the easy access to both calm warmer waters and cold crashing waves.

Muskallonge Lake State Park offers the rare opportunity for ORV camping in the State Park system and is therefore a popular location from which to enjoy Luce County's extensive ATV/ORV trail system, including Pine Ridge Trail (PRT), Two-Heart Trail (THT) and Silver Creek Trail (SCT). In addition to the designated trails, many of the seasonal non-gated roads throughout the county are open to ride.

The park is closed during the winter, however, the area is still a popular destination. Winter activities include cross-country skiing, snowshoeing, snowmobiling and ice fishing on Muskallonge Lake. A very popular annual event which draws participants from all over the US and Canada is the Tahquamenon Country Sled Dog Race; the race both starts and finishes at the park.

Muskallonge Lake State Park is a convenient location for visiting other beloved locations in the eastern Upper Peninsula. Popular places to visit include Tahquamenon Falls State Park, Great Lakes Shipwreck Museum at Whitefish Point, Crisp Point Lighthouse, Pictured Rocks National Lakeshore, Oswald’s Bear Ranch, the historical village of Grand Marais and the Tahquamenon Logging Museum in Newberry. In addition to these popular tourist destinations there is a lot more to explore. Within a 20-mile radius of the park there are ~70 lakes, five rivers and miles of Lake Superior shoreline. Southwest of the park, popular locations for hiking, nature viewing and photography include the Kingston Plains and the Seney National Wildlife Refuge.

With so much to do at the park, we highly recommend planning to stay for an extended weekend or even an entire week. 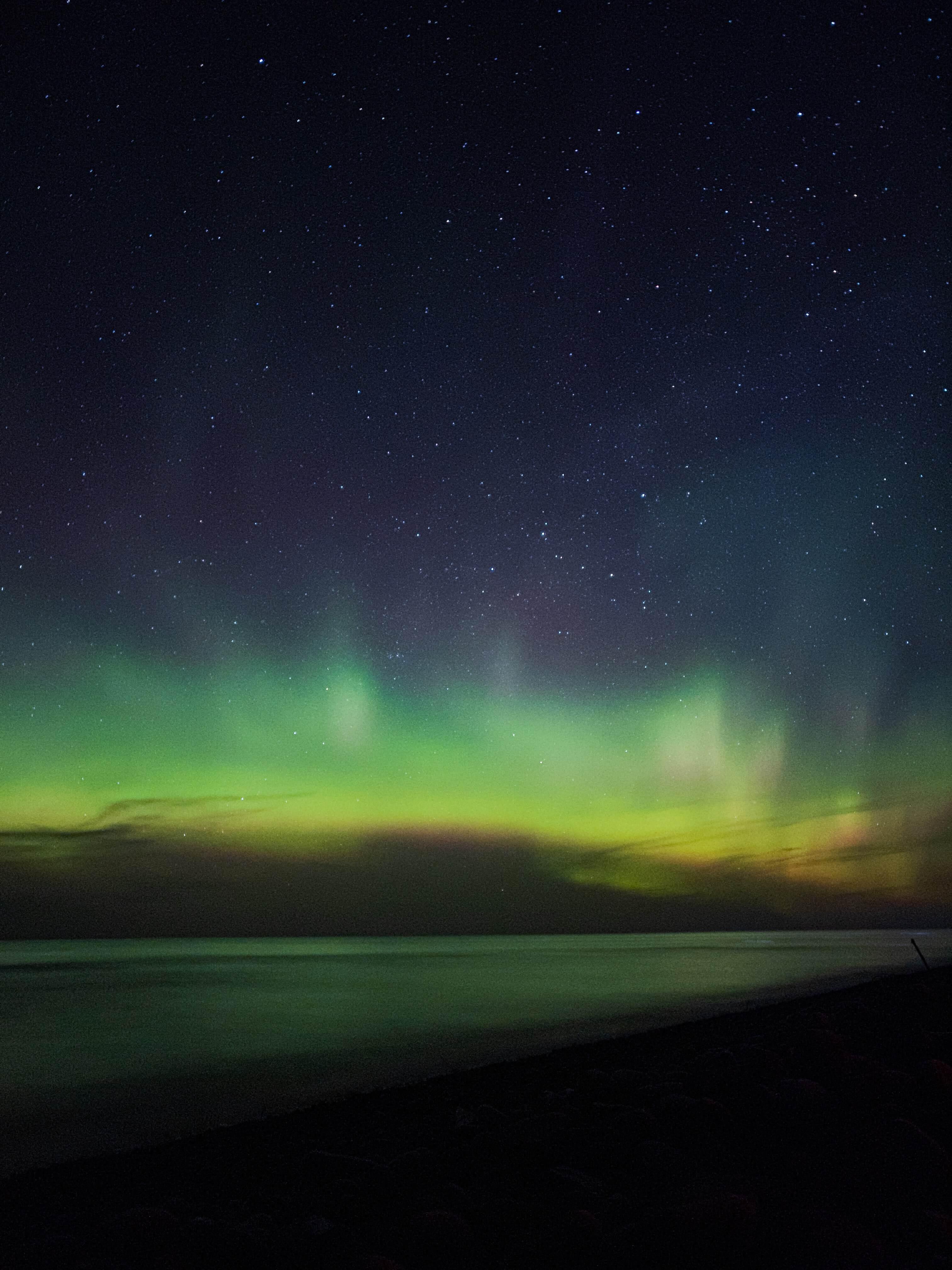